Imitation of living beings and modeling of life 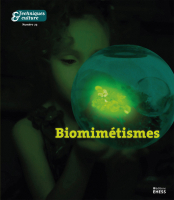 This workshop brings together Japanese primatology and anthropology of life, by presenting and discussing common points of scientific and philosophical interest in the study of chimpanzees, humans’ closest living relatives. What are the scientific and personal conceptions of chimpanzees’ lives held by primatologists? Conversely, are humans capable of accurately making inferences on how chimpanzees might perceive the lives of other beings around them? From senescence, grieving and welfare to group management and human-chimpanzee face-to-face care, the workshop investigates life-related topics oriented by three axes of analysis: (a) scientific research (b) personal experiences (c) paths to chimpanzees’ point of view. Consonant with these challenges, Japanese primatology provides an idiosyncratic view on human-chimpanzee interaction, reflected in its scientific practices and in its traditional blurring of the boundaries between humans and other primates. The first block consists of lectures and discussions with researchers, whereas the last block provides short movie clips of chimpanzee behavior to be debated with the audience.

Studying chimpanzees in captivity and in the wild:
Perspectives on face-to-face care, social management and research

Life between construction and destruction

Aside from the biological processes to which it is subjected from birth to death, human existence is characterized by the permanent effort all individuals and groups make to influence and control these processes, in order to live together. Whether occurring during a rite of passage or whether part of the interactions of everyday life, this construction invites us to question the various manners forms are made – be them “Life Forms” or “Forms of Life” – by carefully looking at the diversity of processes through which norms and rules become established . By considering life under the angle of such relational systems, the purpose is not so much to articulate the social and the biological but to understand how the moral values thanks to which a life can be judged as good, can be created and transmitted. The stake is then to emphasize the principles and agreements thanks to which a common world, a “We”, can emerge within societies and between them, including when connections dissolve and when certain phenomena occur, which are likely to endanger the existence of people and institutions. We will also wonder to what extent death and destruction, beyond their negativity, can reinforce or stimulate life for both individuals and human groups.

Presentation of the volume

The presentation will be followed by a convivial drink.

Taking a novel approach to the contradictory impulses of violence and care, illness and healing, this book radically shifts the way we think of the interrelations of institutions and experiences in a globalizing world. Living and Dying in the Contemporary World is not just another reader in medical anthropology but a true tour de force—a deep exploration of all that makes life unbearable and yet livable through the labor of ordinary people.

This book comprises forty-four chapters by scholars whose ethnographic and historical work is conducted around the globe, including South Asia, East Asia, Latin America, Africa, the Middle East, Europe, and the United States. Bringing together the work of established scholars with the vibrant voices of younger scholars, Living and Dying in the Contemporary World will appeal to anthropologists, sociologists, health scientists, scholars of religion, and all who are curious about how to relate to the rapidly changing institutions and experiences in an ever more connected world.

Fabien Provost (Paris West University), Morality and the Interpretation of Rules in Forensic Medicine. The Case of India

On Rules and the Possibility to Live Together

A collective discussion with